Swanson Resveratrol is a high-quality supplement that is derived from the polygonum herb, the most economic and effective source discovered. Science continues to grow stronger in support of resveratrol for its daily good health and longevity benefits. Swanson Resveratrol 250 promotes free-radical reduction with the help of antioxidants. It also supports the immune and cardiovascular systems.

In stock (can be backordered)

Swanson Resveratrol is a dietary supplement that contains trans-resveratrol, the best available form of resveratrol, isolated from the root of the knotweed (Polygonum Cuspidatum). Resveratrol is a polyphenolic compound with strong antioxidant and health-promoting properties. This product contains 30 portions with 50 mg of the active substance in each of them.

Resveratrol is an organic chemical compound from the group of polyphenolic compounds. It occurs naturally in the red grapes skins, blackcurrant peel or in the rhizome of the knotweed. This product contains resveratrol from the last source. Plants produce resveratrol to defend against various types of toxins.

Resveratrol occurs in form of cis and trans isomers, but only the second form occurs naturally in nature and only it exhibits biological activity. Resveratrol is a promising substance that improves life quality and its duration.

Resveratrol lowers LDL cholesterol. Elevated levels of LDL cholesterol may indicate an increased risk of atherosclerosis. Some studies have demonstrated simultaneous increase in HDL cholesterol, which has anti-atherosclerotic effects, due to its ability to transport cholesterol back to the liver preventing it from accumulating in the arteries.

Resveratrol helps to maintain the healthy glucose level in the blood. The studies present the positive effect of resveratrol on reducing blood glucose. It also increases the tissue sensitivity to insulin itself so cells use glucose better.

Resveratrol for healthy mitochondria. By stimulating the protein from the sirtuins group (SIRT1) it affects the proper energy metabolism in the mitochondria, and promotes their biogenesis by ensuring an adequate energy level. Resveratrol reduces inflammation and increases DNA stability. Good condition of mitochondria determines the proper functioning of the whole organism, while their disorders cause inflammatory processes, degenerative diseases and aging processes acceleration.

Resveratrol maintains a healthy and functioning brain. As a powerful antioxidant it helps to activate an important antioxidant enzyme: heme oxygenase-1, that has cytoprotective and antioxidant effects. The influence of resveratrol causes an increase in the glutamate uptake by glial cells. Glial cells play a protective role in the brain and are part of the blood-brain barrier. It should be noticed that the excess glutamate is toxic to the brain. Animal studies have shown a reduction of the beta-amyloid, which is damaging to the brain and its high level contributes to the Alzheimer’s disease development.

Resveratrol positively influences the hormonal balance. It boosts the amount of steroidogenic acute protein (sTAR) in cells increasing the conversion from cholesterol to testosterone in the gonads. Studies have shown a positive effect of resveratrol on testosterone levels in men. It also reduces the activity of P450 enzyme responsible for the regulation of aromatase, an enzyme that converts testosterone to estrogen. Excessive aromatase activity may cause appearance of female traits in men.

Swanson Resveratrol is a naturally occurring flavonoid that positively affects the human body. Acting pleiotropically it supports the proper functioning of the circulatory system, the brain and mitochondria. It is recommended especially for people who want to maintain the proper condition of the body in a natural way.

There are no reviews yet.

Be the first to review “Resveratrol, 50mg – 30 caps” Cancel reply 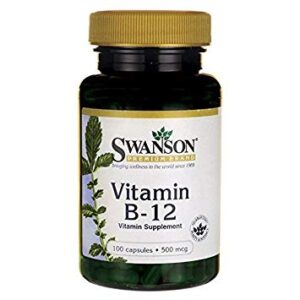 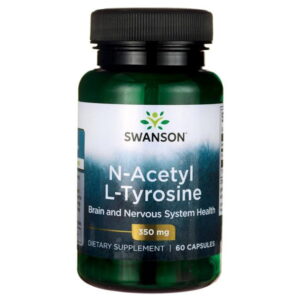 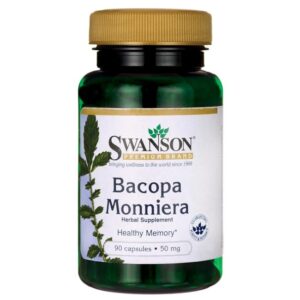 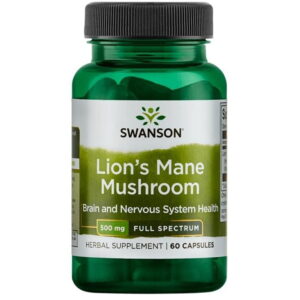